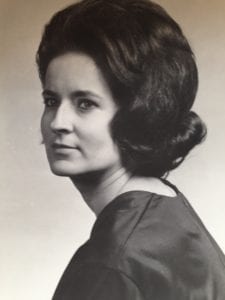 Most people know there’s a story behind every invention. There’s usually a question as well. The Buckle Boss Seat Belt Guard is no exception. The story of the Buckle Boss begins with one person, Diana L. Powers. Her question: How can I make travel safer for children and adults with autism and other special needs?

Diana Powers spent much of her working life as a nurse. She enjoyed the work as well as the feeling of satisfaction she experienced from helping people of all ages. She liked the camaraderie she had with other nurses and professionals in the field. But, after many years of dedicated work, she felt called to leave the nursing field. She wasn’t sure of her next move. Fortunately, it didn’t take long for, as Diana recalled, ‘something to click.’

A New Road to Travel

A friend suggested to Diana that she try driving a bus for the local school district. They were in need of a driver for the bus transporting special needs students to and from school. Diana was intrigued by the idea, applied, and got the job.

She began driving the bus for kids with autism and other unique needs. Though she loved seeing the smiling faces of the kids and taking responsibility for their safe transport, there was a problem. The kids on her bus would unbuckle their safety belts and get out of their seats during the ride. Sometimes they would even unbuckle the safety belts of their friends on the bus. Diana would have to pull over in a safe manner and get everyone seated and buckled back in. Not surprisingly, she would breathe a big sigh of relief after the last child was dropped off at either school or home.

This experience brought a question to her mind: How can I make travel safer for these kids? Diana set her sights on finding the answer.

A Problem Solved with a Simple Invention

Diana envisioned a cover that fit over the seatbelt button preventing it from being released so easily. She gathered together a variety of materials including vinyl, plastic, and metal to try to create this cover. Some materials were too flexible while others weren’t flexible enough. Over the course of a few weeks and a lot of trial and error, Diana came up with the Buckle Boss.

Now that she had her invention, Diana wondered about her next step. She describes the next part of the Buckle Boss story as “nothing short of amazing.” The stars began to align for her invention.

She was advised to research the United States Patent and Trademark Office (USPTO). So, she headed over to the Boston library and asked a librarian to give her some help in figuring out how to use the computer there. As the librarian helped her get to the USPTO site, she gave Diana the business card belonging to a friend of hers who was a capable (and affordable) patent attorney.

Diana arranged a meeting, and, to her surprise, the patent attorney introduced her to a man with expertise in injectable plastics and connections with a manufacturer. At this point, Diana began to feel like the Buckle Boss was, “happening to her” instead of her making it happen!

Diana’s husband’s business connections helped her to incorporate and garner an accountant for her company.

Diana and her corporate attorney sat down one day, and he informed her that her corporation would need a name. He added that it was necessary for her to come up with a name A.S.A.P. So, she suggested several names all of which were already owned by other inventors. Suddenly, a name popped into her mind. GBY. The attorney ran a check on the name and discovered it was available. Puzzled, the attorney asked what the letters meant.

“Thank you very much. But, what do the letters mean?,” the attorney replied.

Diana explained with a smile that she wanted the Buckle Boss to be a true blessing to other drivers, parents, adults, and anyone who used it.

Getting the Word Out

With all of the i’s dotted and t’s crossed, it was time to get the word out about the Buckle Boss. The stars weren’t finished aligning themselves for Diana’s invention. One of her fellow drivers was an expert with computers, while another was a whiz at building websites. A third driver chimed in and offered to help with the photography for the website. Two years later, the patent for the Buckle Boss was granted on Christmas Day 2001. GBY!

Made in the USA

Through the years, Diana had many offers from corporations that wanted to manufacture and market the Buckle Boss. But they all wanted to make her invention outside the country. Diana turned them down. She had a specific vision for her invention and wanted it made in the USA.

Diana would often say, “I dislike saying I invented it because it’s so ridiculously simple that it embarrasses me to call it an invention.”

But the fact is her simple invention has provided safer travel for individuals with special needs such as autism and most likely saved lives. Her invention can also be used for adults with Alzheimer’s who may become confused at times and try to unbuckle their seat belt.

Over the years, Diana received many emails, letters and cards from parents, teachers and drivers who were extremely grateful for her invention. The increased safety and reduced stress clearly made a difference with many families.

A Continuing Legacy for the Buckle Boss

Diana was humbled and grateful for the results of her invention. “To all the people in the background, especially to my son who brought new life to me as well as to this website and all those who led my footsteps along the way, I just want to say thank you. I appreciate you all so much because without you none of this would have happened.”

A Final Bit of Advice

Successful inventor, mother, wife, friend, and founder of the Buckle Boss, Diana L. Powers, passed away in December of 2017. But, she had a piece of advice to share about her journey.

“When you have an idea for an invention or any other project, you’re sure to hear a chorus of people saying, ‘It can’t be done…You’re too old…It’ll never work.'”

Her advice? Do it anyway—Wonders can happen!

Diana’s son, Peter Stagman, is proud to carry on her company today and fulfill her wishes of sharing the blessings of the Buckle Boss.

We use cookies to ensure that we give you the best experience on our website. By clicking OK, you are approving our use of cookies.OkCookie Policy